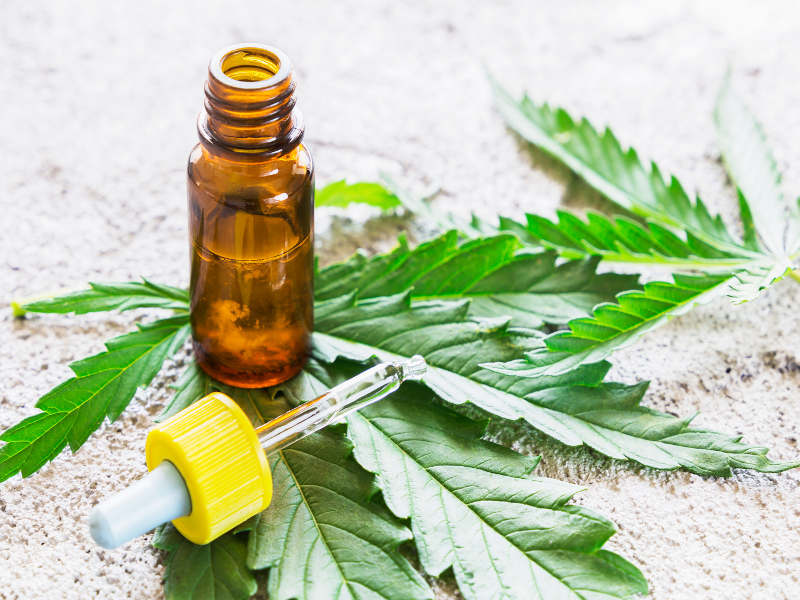 Hemp CBD Vs Marijuana CBD. What are the differences?

Are hemp CBD and marijuana CBD significantly different? Are these differences likely to affect their use? Let’s take a closer look at the details.

While the cannabidiol (CBD) industry continues to grow in terms of positive research and the discovery of new therapeutic applications, There is a significant rift forming between the hemp-derived CBD and marijuana-derived CBD, mostly in the business world.

There are so many questions and accusations between the two parties, so it is important to delve dipper and identify the differences. We need to investigate how similar these two products are, as well as products in terms of treatment, chemical composition, benefits and side effects. The questions we are discussing here are certainly not exhaustive, but they are intended to help you understand the basics.

Hemp and marijuana come from the cannabis family Cannabis Sativa L. Depending on the intentions of the farmer and his purpose for the cultivated species, the focus will be on the development of flowers or stems, leaves and seeds. Cannabis crops grown for their flowers generally contain a lot of THC and are called marijuana, while commercial plants for their fibers and stems are usually called hemp.

By the simplest definition, there is no difference between the CBD obtained from either type of plant. CBD is CBD: molecular is the same, be it marijuana or hemp.

However, there are still differences in the final product of hemp CBD oil compared to marijuana CBD oil due to the interaction of other molecules that accompany in the ride, in particular THC. ,

Different processing methods can also significantly change the components of the extraction. The more the processing, the further we move away from the deliberate combination of the substances delivered by the plant.

Science shows the important role that all cannabinoids, terpenes and other molecules play in the body. This is called the entourage effect.

What is the difference between THC and CBD?

The most common cannabinoids in the cannabis plant are THC and CBD. Both cannabinoids are produced in marijuana and hemp plants in different concentrations. To be classified as “hemp,” the herbal product must legally contain less than 0.3% THC, while marijuana products generally contain much higher THC and different levels of CBD.

These two cannabinoids differ greatly in their interaction with the endocannabinoid system (ECS) and their potential for side effects. ECS in the human body has many receptors, so the system regulates vital processes. These receptors can be activated by the body’s natural cannabinoids or by plant cannabinoids such as THC and CBD.

THC and CBD differ in the way they handle receptors in ECS, but both affect the two main receptors, CB1 and CB2. According to recent research, CBD binds to THC at different sites of these endocannabinoid receptors.

Therefore, CBD is not psychoactive because its interactions with these receptors differ, as do many neurochemical systems and some less known receptor subtypes. It is even known to reduce the effectiveness of the psychoactive effects of THC, which is the biggest difference between CBD and THC. THC causes a “high” feeling of euphoria and other possible effects, such as paranoia and anxiety, for which marijuana is known, while CBD doesn’t.

The difference between the THC content of a  hemp cannabis sativa  plant and a marijuana cannabis sativa plant also plays an important role in determining their legality in the United States. High THC content remain illegal at the federal level, although state laws differ. This means that CBD marijuana is not legal in all 50 states.

However, the hemp derived CBD remains in a legal gray area in the 50 states. It contains a very low THC content and fall under the 2014 farm bill. Federal departments still differ on the final legal status of CBD oil from hemp.

CBD derived from hemp against Marijuana CBD: What are the side effects?

Anxiety is a common side effect of CBD derived from marijuana, but not hemp derived CBD.

Potential psychotropic side effects of marijuana-derived CBD are the most common reasons why people tend to get involved with CBD-based cannabis products. CBD derived from hemp must legally contain 0.3% THC, while CBD derived from marijuana may contain more than 20%, depending on the source material. Since marijuana-based CBD products can have a very high THC content, they can cause unwanted side effects normally associated with marijuana.

Common side effects of marijuana-derived CBD with higher THC values ​​include changes in appetite, increased heart rate and blood pressure, and feelings of anxiety and paranoia in some people . CBD from hemp, on the other hand, has very few reported side effects. So far, the medical literature contains only fatigue, diarrhea, and changes in appetite, as well as some evidence that they may inhibit hepatic metabolism of certain drugs, which may affect the efficiency.

It has been found that CBD derived from hemp is safe for almost everyone, including children and the elderly. CBD oil derived from hemp is now used nationally in children with difficult-to-treat epilepsy. Interestingly, the Food and Drug Administration has moved closer to accessing CBD oil for the treatment of severe forms of epilepsy. In April, the FDA approved the approval of Epidiolex, a prescribed CBD product.

CBD hemp versus CBD marijuana: What are the differences in therapeutic application?

Despite the possible side effects, CBD marijuana, as well as THC content, can have important medical applications according to the literature. Explicitly, it can be very useful, especially for patients with AIDS, chronic pain and chemotherapy. Like CBD derived from hemp, CBD derived from marijuana has strong analgesic and anti-emetic properties.

CBD oil obtained from hemp, on the other hand, is promising in the preliminary study as a convincing alternative therapy. Early studies show that CBD derived from hemp offers additional medical benefits that go against:

Although the chemical composition is similar, there are critical differences in the combination of cannabinoids between marijuana and hemp derived CBD. THC and CBD offer consumers a variety of benefits, from psychotropic effects to legal status and production methods. In the end, it’s up to you, the consumer, to choose the right product for you.

King Kalm CBD Review 2
Next Post: 5 myths about cannabis you need to debunk